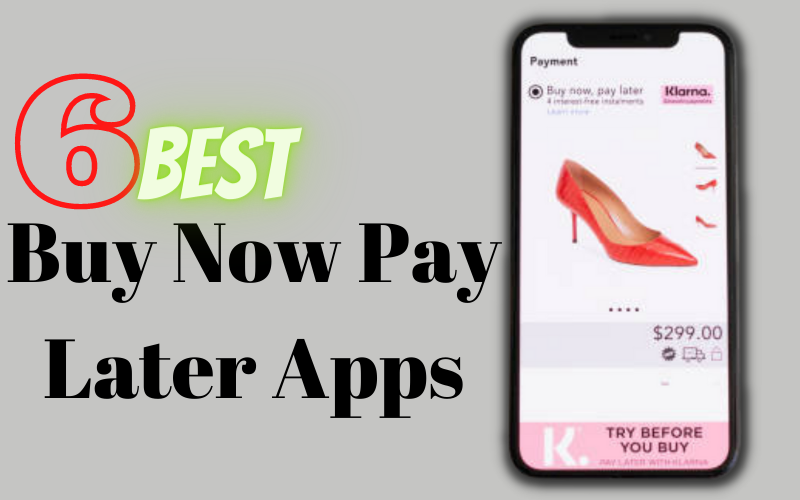 As the name implies, Buy Now, Pay Later apps, which can be abbreviated to BNPL apps, are simply apps that enable you to make purchases today and pay whenever you have the money, probably within a few weeks or months.

Perhaps you can quickly meet your needs when using Buy Now, Pay Later apps because of the available features you can access directly from the app.

Even to the point of removing the fees that users are meant to pay while using their apps.

The good news is that you can use these apps to purchase in different stores.

Although many apps are categorized as Buy now, pay later apps, they have different program protocols that each app follows.

For instance, each app has its terms and conditions that govern every activity in the app.

However, below are the general principles that control most of these Buy now, pay later apps:

Moreover, users should know that buy now, pay later apps usually delay payments, so if you intend to make quick payments, you will go for credit cards.

Whereas, when using a credit card to make payments, you will be limited based on the monthly limitations placed on the card.

This is one of the advantages of Buy now, pay later apps over other payment options.

Also, when using Buy now, pay later apps, no interest fee is attached to your due payment.

Perhaps, there is a fixed repayment schedule, probably weeks or months.

Buy now, pay later apps will tell you the exact amount you will need to pay each time you intend to make a payment using their platform.

Unfortunately, users should be aware that not all purchases will be eligible for Buy now, pay later financing.

Also, there is quite a limit to what you can purchase with these buy now, pay later apps.

Since 2020, the popularity of Buy now, pay later apps has grown and has become one of the known ways of making smaller purchases when buying things online through e-commerce platforms.

Why do Websites or Stores Allow you to Buy Now and Pay Later?

Today there are lots of reasons why many websites allow you to buy now and pay later.

Let’s consider some of these reasons below:

#1. It helps them to increase sales

Generally, in the world today, so many people want to make purchases, but at that moment, they are financially unable to pay for the products they desire to purchase.

In the business world, many of your competitors have been accepting installment payments;

because of this, many websites tend to give their customers a long-term installment payment by allowing them to use Buy now and pay later apps while checking out.

Research shows that before 2025, buy now, pay later payments might increase to over $600 billion in transaction volume worldwide.

#3. It helps in attracting new customers

When you allow your customers to buy now and pay later, it will attract people who are not just new to the store but also people who need the products but don’t have the cash at hand to make instant payments.

Even when their payment lingers, it will still not attract fees to their initial amount.

This is quite an advantage of using Buy now and paying later costs over credit cards.

Allowing your customers to buy now and pay later will enable them to manage their finances and provide them with long-term financial growth.

Also, it provides trust between you and your customers as a business owner.

Making it possible for the customers to pay with Buy now and pay later apps allows them to see any amount as a payable amount because they don’t need to pay everything at once.

Furthermore, its lower fees make it possible and encourage when users’ visitors to make long-term payments for the products they purchased.

#5. Websites that allow buy now and pay later will build trust between store owners and their customers

If e-commerce store owners have lots of campaign that drives traffic to their website, but in the end, only a few will purchase your products.

In this scenario, what most of them do to increase sales is to enable “buy now and pay later” payment in their store.

With this method, visitors will have the opportunity to purchase their desired products and gradually pay up later within some weeks or months.

This will not just build trust alone, but it will also increase the sales rate and generate more revenue for store owners in turn.

Also, your visitors will keep coming back because they trust such stores.

What Stuff are Allowed to Buy Now, Pay Later Apps & Don’t do a Credit Check?

As regards the pieces of stuff that you can purchase in these buy now pay later apps,

as long as the platform you want to purchase your products or services from supports accepts now pay later payment, you can buy anything of your choice without a credit check.

Klarna is quite an outstanding buy now pay later app that allows its users to make payments in four installments, probably in 30 days or up to 36 months.

This fantastic platform allows its users to use soft credit checks, which will in no way affect their credit.

In addition, Klarna has partnered with popular retailers, including Sephora, GameStop, etc.

How do you get approved for Klarna

For you to get approved by Klarna, you need to apply through the website first, and once approved, your purchase will get spread out over four equal payments.

This can be in the percentage of 25. The fantastic thing is that it is interest-free.

The dark side of Klarna Buy Now Pay Later apps

Zip is an installment stage that permits you to shop now and pay later in four sans interest portions.

So you can purchase an item today, spend a little time in a store, and complete installments for it in about a month and a half without burning through every last dollar.

Zip is accessible at over 20,000 web-based stores, including Amazon, Walmart, Best Buy, Target, eBay, and StockX.

In this manner, it makes it simple to plan your buys.

How do you get approved for Zip

Moreover, you must originate from America before applying for Zip. Perhaps, they almost accept everyone who intends to use their services based on buy now pay later.

The dark side of Zip Buy Now Pay Later apps

Clearpay is another buy now pay later platform that allows users to split their online shopping into four installments.

They partner with popular retailers, allowing online shoppers to purchase their favorite goods and pay later.

Meanwhile, customers can shop in their various stores and select Clearpay as their payment method during checkout.

How do you get approved for Clearpay

To get approved by Clearpay, you must be 18 years old and shop with a retailer that offers Clearpay.

Once approved, you can use this platform as your payment method during your checkout.

The dark side of Clearpay Buy Now Pay Later apps

Affirm is quite an outstanding publicly-traded fintech firm that offers buy now pay later deals to their customers.

Some of their big tickets include electronics, travel, etc. Affirm launched in 2012 by Max Levchin and its headquarters is in San Francisco, California.

How do you get approved for Affirm

To get approved for Affirm, you need to apply from their website and select it as your payment method at checkout when making purchases in online stores.

They show their application if they are approved in real-time.

Moreover, you will need to enter your basic information and confirm your loan when you get approved.

The dark side of Affirm Buy Now Pay Later apps

Sezzle is a Minneapolis-based financial service that allows users to buy now and pay later when they have their finances.

Sezzle allows you to spread your purchase over four interest-free installments you will need to clear within six weeks.

How do you get approved for Sezzle

To get approved for Sezzle, you must apply online from their website.

Once approved, you will have access to use them in over 47,000 stores at the checkout stage.

The dark side of Sezzle Buy Now Pay Later apps

PayBright is a leading portion installment supplier in Canada. They offer installment plans where clients can separate the expense of an enormous buy into every other week or regularly scheduled payments.

PayBright Canada is accessible to more than 7,000 taking part shippers available and on the web.

How do you get approved for PayBright

To get approved for PayBright, you must be 18+ and reside in Canada,

Also, you need to meet the minimum cart size required to use PayBright at checkout.

The dark side of PayBright Buy Now Pay Later apps

If you have any questions or concerns about your favourite BNPL apps we haven’t mentioned please drop them in the comments below.

Continue reading; Can You Request Money From a Cash App? – Loan Features Unlocked